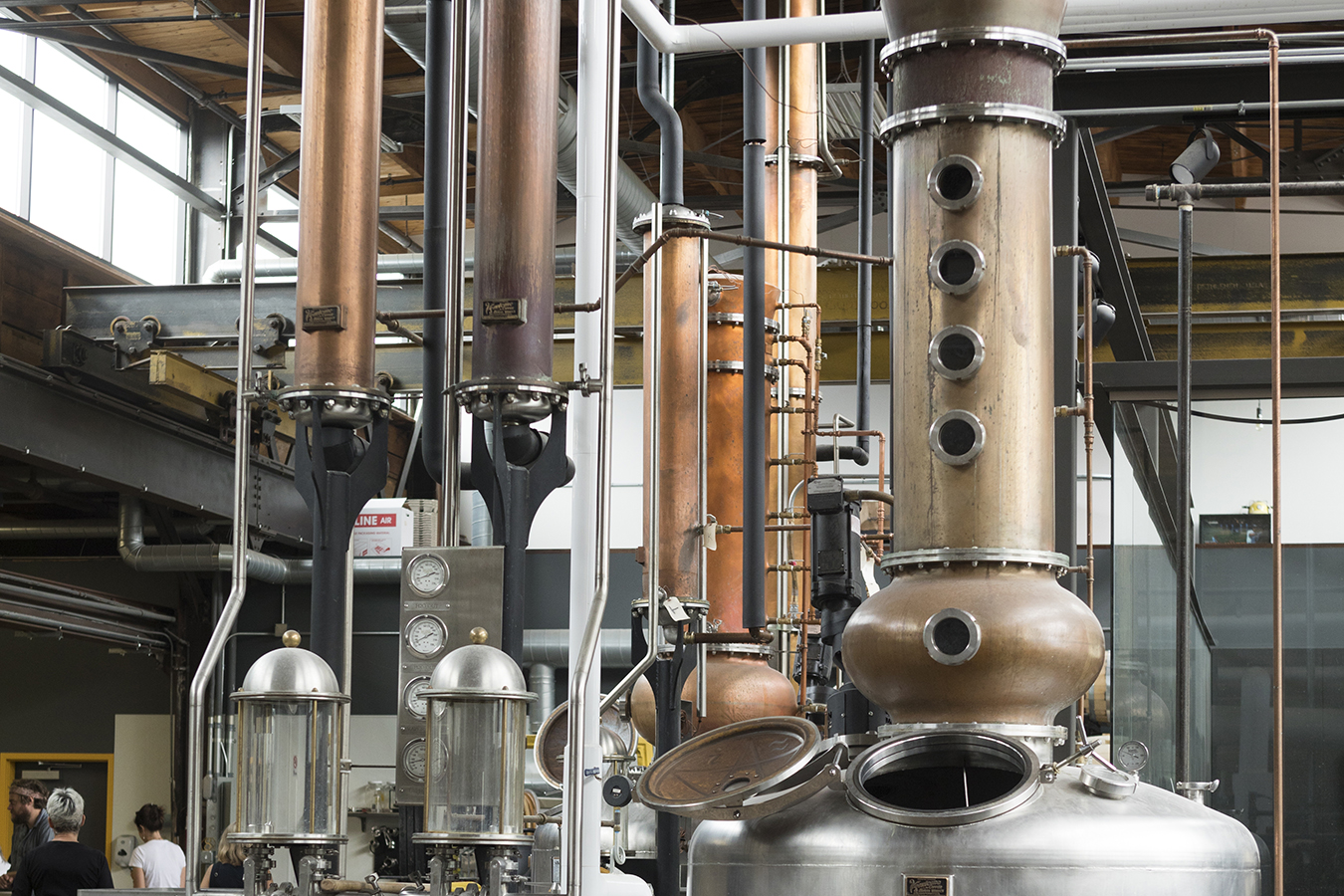 This project has been a joint effort of the Minneapolis Institute of Art (Mia), the Wangensteen Historical Library of Biology and Medicine at the University of Minnesota, and Tattersall Distilling in Minneapolis. It was driven by individuals who are interested in material culture, recreating historical products, and searching for unique flavors. We have researched countless beverages and recreated and tasted many of them. Our unique combination of interest, expertise, and creative spirit has resulted in an interesting, evocative, and delicious project that we are very happy to share with you.

This interdisciplinary exploration into alcohol’s past was ignited by Mia’s commitment to breathe new life into its period rooms by offering visitors new ways to connect with and experience these spaces. The goal was to give people a chance not only to learn about but actually to taste some of the historic drinks that the former occupants of the rooms and their contemporaries might have enjoyed. Recipe selection was guided by the books in the Wangensteen Historical Library’s collections of recipes handwritten or printed in English between the late 1600s and early 1800s. The library’s collections and long-term commitment to historical recipes research and the reconstruction of historical materialities provided the specific recipes and historical context necessary to understanding the broad scope of alcohol in the 1700s. By focusing on recipes that feature rum and brandy, we can see how these base spirits were integrated into the drinking culture of English writers of this era. Tattersall Distilling provided the practical expertise and artisanal knowledge necessary to recreate these historical recipes.

This effort culminated in two events held at Mia and at Tattersall: a lecture on rum in the 1700s Atlantic world by Bertie Mandelblatt, the George S. Parker II ‘51 Curator of Maps and Prints at the John Carter Brown Library in Providence, Rhode Island, hosted at the museum on March 3, 2019; and a tasting event held at Tattersall Distilling on March 4, 2019. At the tasting event, guests had the opportunity to sample the drinks included in this recipe book, of which many are based on recipes in the Wangensteen’s collection; all were brought to life by the artisans at Tattersall through a patient process of experimentation, testing, and refinement. We hope the recipe book makes this singular event accessible to an even broader public.

Because of alcohol’s centrality to 1700s medical culture, many of our featured recipes originated as cures. Although people in the 1700s would not have consumed many high-proof remedies for enjoyment, some of these old restoratives survive as modern cocktail components, such as bitters. Other recipes, however, were intended to be enjoyable beverages on their own. Within this group, milk punch is experiencing a modern revival (although ours can, as the recipe says, survive a journey from Europe to the Indies in the belly of a ship).1 Others, like aquavit, are simply one in a long, European-wide tradition of anise-flavored spirits.

Across all of these recipes, the ingredients themselves tell stories about the people, products, techniques, and taste preferences that traversed the Atlantic in the 1700s. For example, ingredients such as Middle Eastern saffron, or Latin American cinchona and cochineal, highlight the global beverage culture of these European authors.

Aniseed to ‘Cause a Sweet Breath’
What do pastis, ouzo, sambuca, aquavit, and absinthe have in common? A base flavor of anise. In re-creating this aqua-vitae recipe from The London-Distiller, we’re able to chart the transformation of this very old spirit since the 1600s, with anise flavoring so many spirits throughout Europe and the Mediterranean. 1 According to Nicholas Culpeper, aniseed could be used to “ease pain [&] expel wind, cause a sweet breath, help the dropsie, resist poyson, breed milk, and stop the whites in women, provoke lust, and ease the headach.” 2 Given the pleasing flavor and medical and digestive utility of anise, it is not surprising that anise-flavored alcohols are so common.

The recipe for aqua-vitae transcribed below was the second recipe included in The London-Distiller. It is ubiquitous throughout the volume as a base spirit that could take on the flavor of other ingredients.


AQUAVIT
Tattersall’s Contemporary Distillation
Tattersall re-created this aquavit recipe from The London-Distiller exactly, but paired it with its own version of aquavit at the March 4, 2019, tasting.

According to Jon Kreidler, of Tattersall Distilling, the aniseed note of its aquavit comes from fennel seed, as well as from caraway seed, common among Danish aquavits. “We also borrow a lot of botanicals from our gin, including juniper, coriander, licorice, bitter and sweet orange, assorted baking spices, mustard seed, and other various botanicals. In total, we use 15 botanicals, and then rest the finished spirit on oak to bring the flavors together, [and] add an additional flavor as well as some color to the finished product.”

Tattersall’s aquavit garnered Best of Class and Double-Gold at both the San Francisco World Spirits Competition and the American Distilling Institute awards. The contemporary adaptation of the historical recipe reveals the complexity, balance, and ingenuity of the distiller’s art.